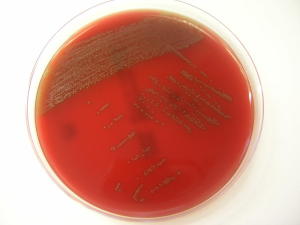 A novel bacterium, thought to be a common inhabitant of the oral cavity, has the potential to cause serious disease if it enters the bloodstream, according to a study in the International Journal of Systematic and Evolutionary Microbiology. Its identification will allow scientists to work out how it causes disease and evaluate the risk that it poses.

The bacterium was identified by researchers at the Institute of Medical Microbiology of the University of Zurich and has been named Streptococcus tigurinus after the region of Zurich where it was first recognised. S. tigurinus was isolated from blood of patients suffering from endocarditis, meningitis and spondylodiscitis (inflammation of the spine). It bears a close resemblance to other Streptococcus strains that colonize the mouth. Bleeding gums represent a possible route of entry for oral bacteria into the bloodstream.

The similarity of S. tigurinus to other related bacteria has meant that it has existed up until now without being identified. Its recent identification is clinically important, explained Dr. Andrea Zbinden who led the study. “Accurate identification of this bacterium is essential to be able to track its spread. Further research must now be done to understand the strategies S. tigurinus uses to successfully cause disease. This will allow infected patients to be treated quickly and with the right drug.”

Dr. Zbinden said that while the discovery of the bacterium is no cause for alarm, it is important that it is recognized and the risk is quantified. “This bacterium seems to have a natural potential to cause severe disease and so it’s important that clinicians and microbiologists are aware of it,” she said. “The next step is to work out exactly how common this bacterium is in the oral cavity and what risk it poses. Immunosuppression, abnormal heart valves, dental surgeries or chronic diseases are common predisposing factors for blood infections by this group of bacteria. However, the specific risk factors for S. tigurinus remain to be determined.”